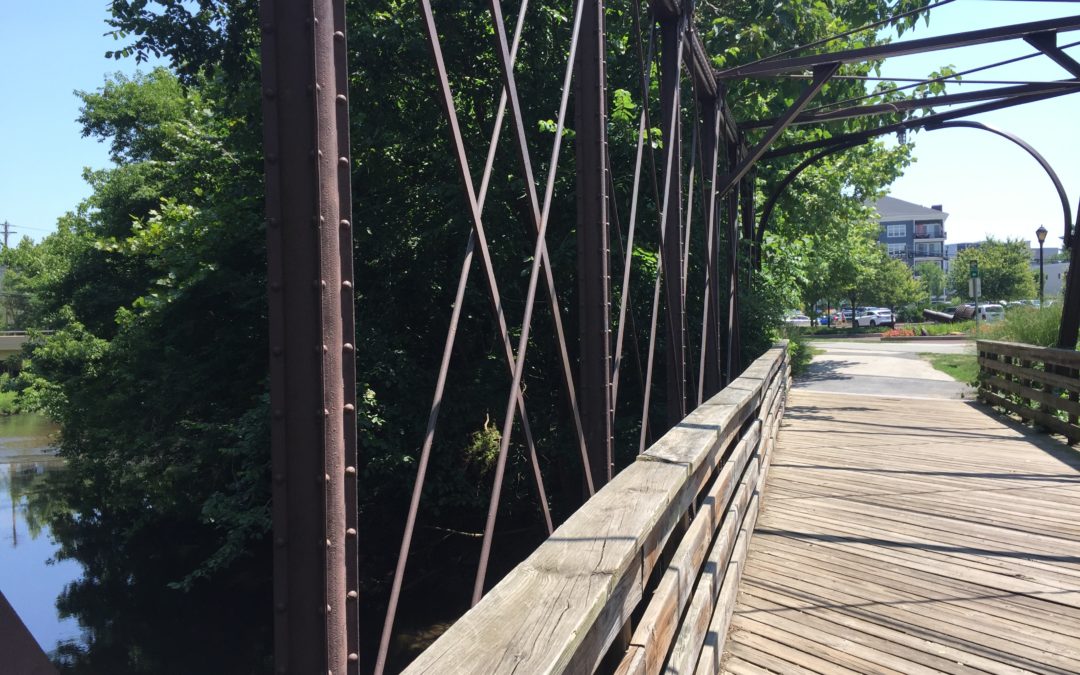 This past weekend, I had the pleasure of visiting an absolutely adorable small town in Pennsylvania. Not quite 30 miles from Philadelphia, the old mill town of Phoenixville is today home to just over 16,000 residents (according to the 2016 census). I had no clue what to expect. But I am grateful to have had the chance to visit for a wedding, because I certainly fell in love!

Walking along Bridge Street, I really got the sense that this was the thriving heart of a creative and progressive community. Scattered between the thrift shops and old record stores I found a lovely Community Eco Center, an impressive bike shop, and an array of craft breweries and distilleries. A bottleshop called The Foodery boasted beers from around the world—and indeed the massive wall of fridges was impressive (if only a little overwhelming)! Bonus: The Foodery also sold some treats, including some vegan candies! And the Phoenixville House of Jerky even sells vegan jerky!

Yep, you read that right: vegan jerky! In fact, there were a number of vegan-friendly establishments in Phoenixville. There weren’t very many places to eat in the first place (there are essentially just 10 or so blocks in the downtown area.) So the fact that there were two entirely-vegan establishments, in addition to a number of veg-friendly eateries, was actually shocking! To learn that the food was actually delicious, too…now that made the experience impressive! 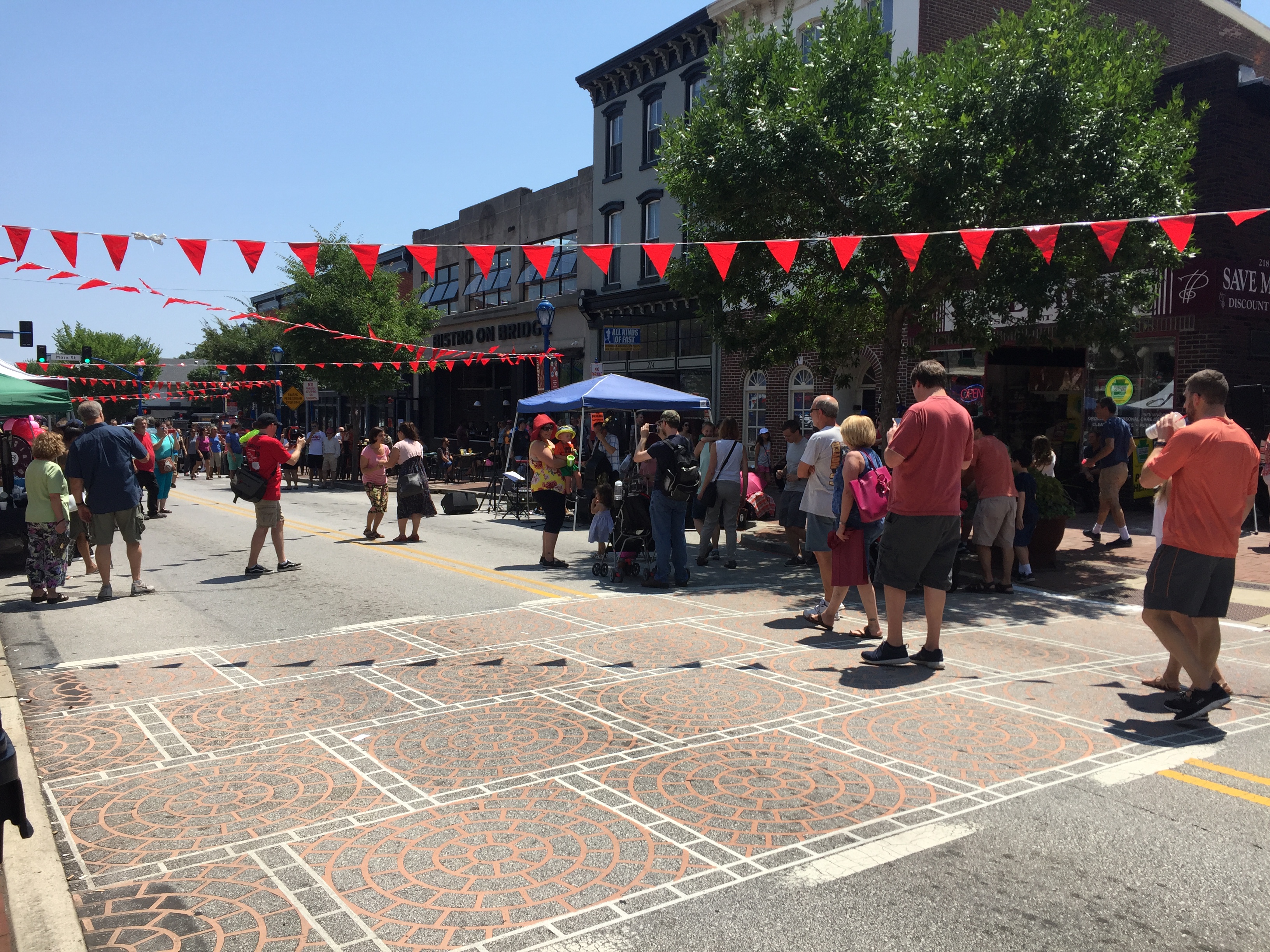 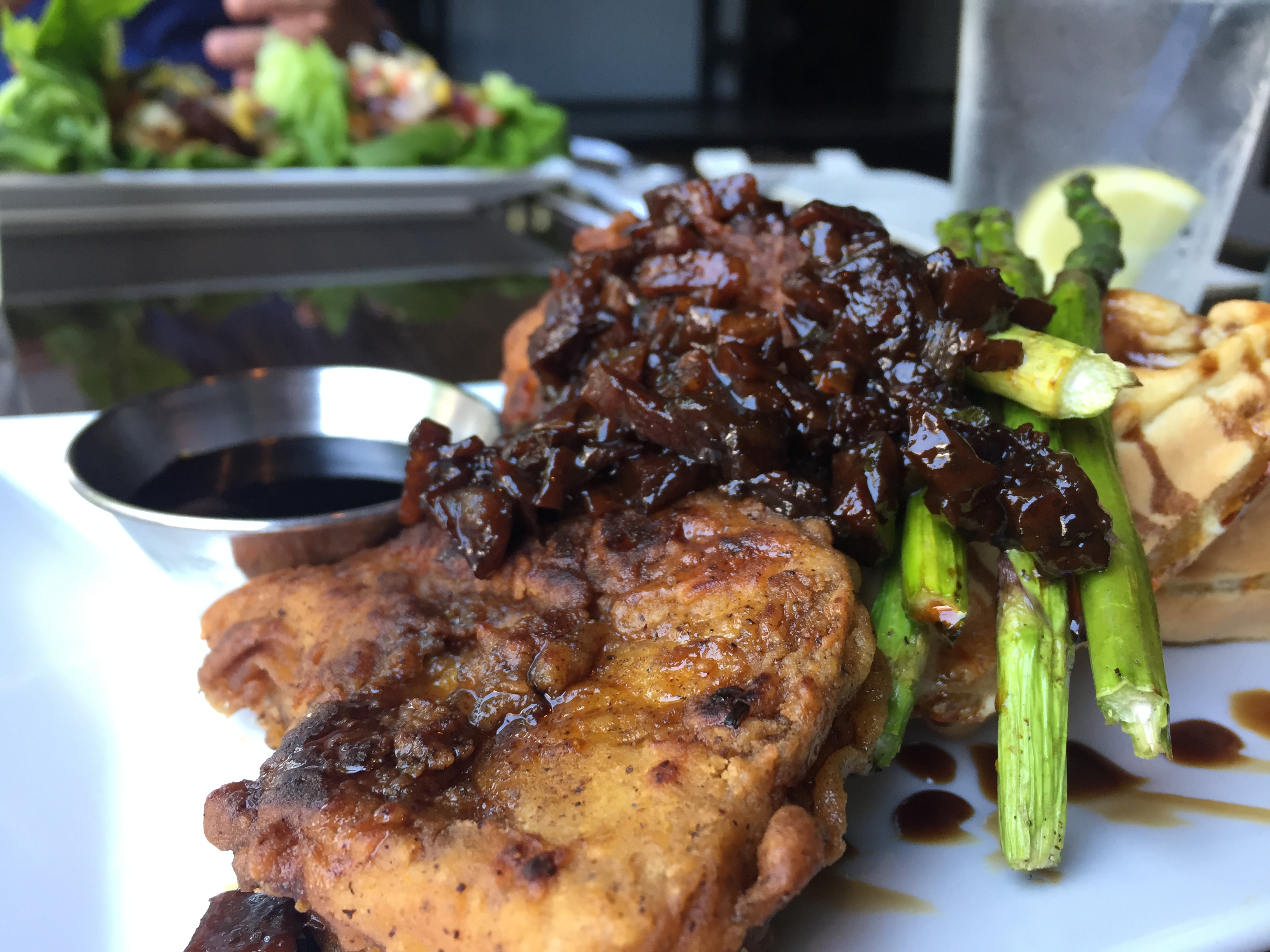 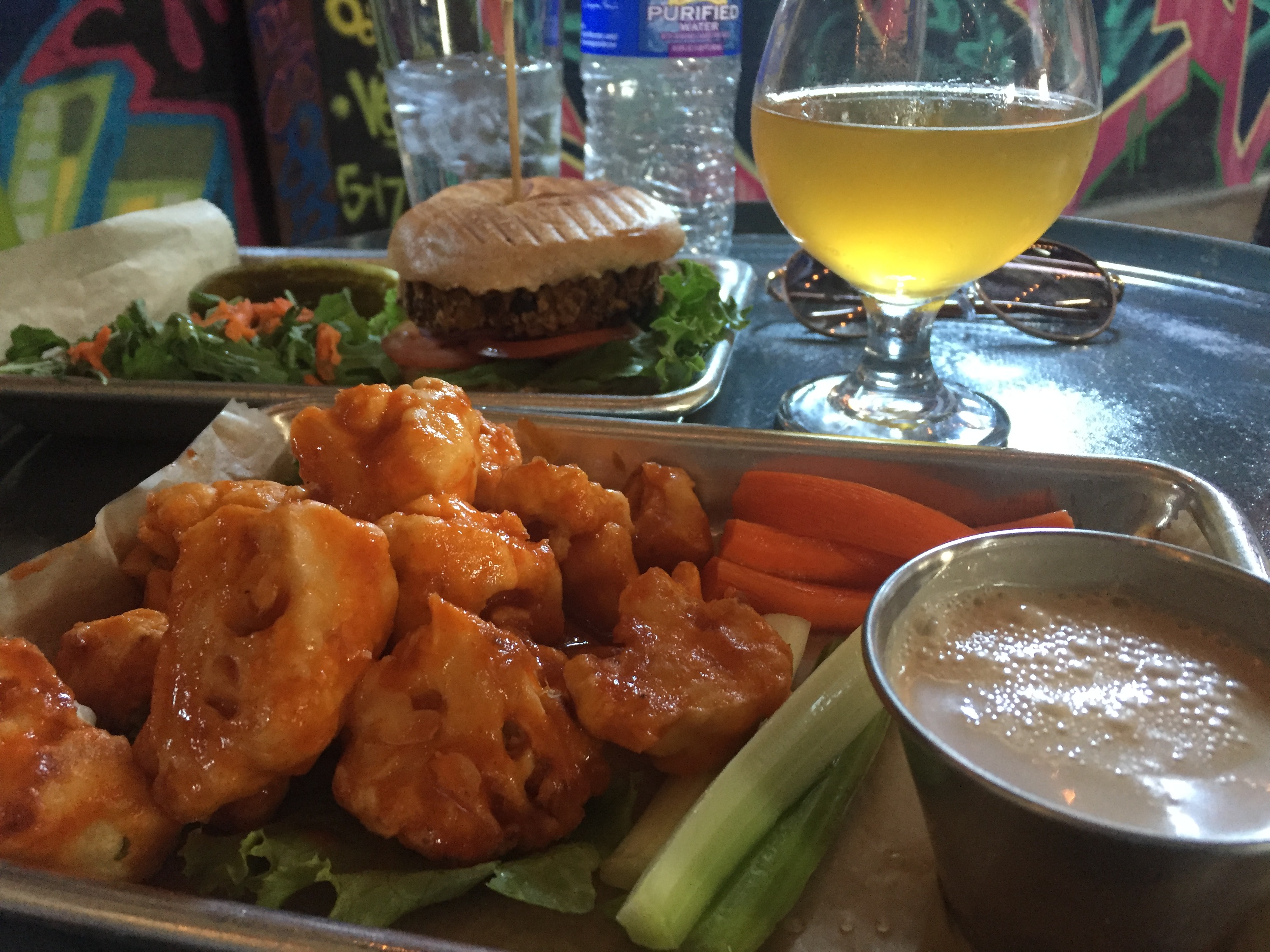 For a town of its size, the demand for vegan options and the execution on the part of the businesses is something to recognize. I had a superb lunch at Taste Vegan. My fella and I split the Korean BBQ Wraps and the Chicken BBW and, seriously, the flavors excited my taste buds. We then had a snack (like, only an hour later—don’t judge) at Root Down Brewing Company. Okay, so “snack” is maybe a little bit of an understatement. We ordered the black bean burger and sriracha cauliflower (those babies were doused in the hot stuff, so I hope you enjoy heat!).

The food experience was so satisfying. And in our full afternoon there, we still didn’t get to try Gangster Vegan Organics. We definitely heard great things about it—from omnivores, no less! (Though, admittedly, I find the name a little problematic…on the surface, it feels a bit like hipster racism…I’m just sayin’.) And we were in town for the farmers market, which you know I can’t resist!

Phoenixville is for Vegans

Seriously, Phoenixville has a great vibe. The town showcases its historic charm—complete with Victorian and Federal era architecture—juxtaposed with the industrial heritage of the community. The mix of vintage shops are complemented by a modern retail scene more typical of an urban neighborhood. And the mix of restaurants are punctuated by some vegan gems. If you’re headed to Philadelphia or to parts west, definitely allot some time to pop over to Phoenixville and enjoy a few hours of shops, eats, farmers markets, and brews*! You won’t be disappointed!

Oh, and did I mention that the classic horror flick Beware! The Blob was filmed in Phoenixville? Seriously. We happened to be visiting the weekend during 60th anniversary and the annual Blobfest . . . I kid you not. Unfortunately, we missed the window to participate in the “run out of the theater” scene recreation… 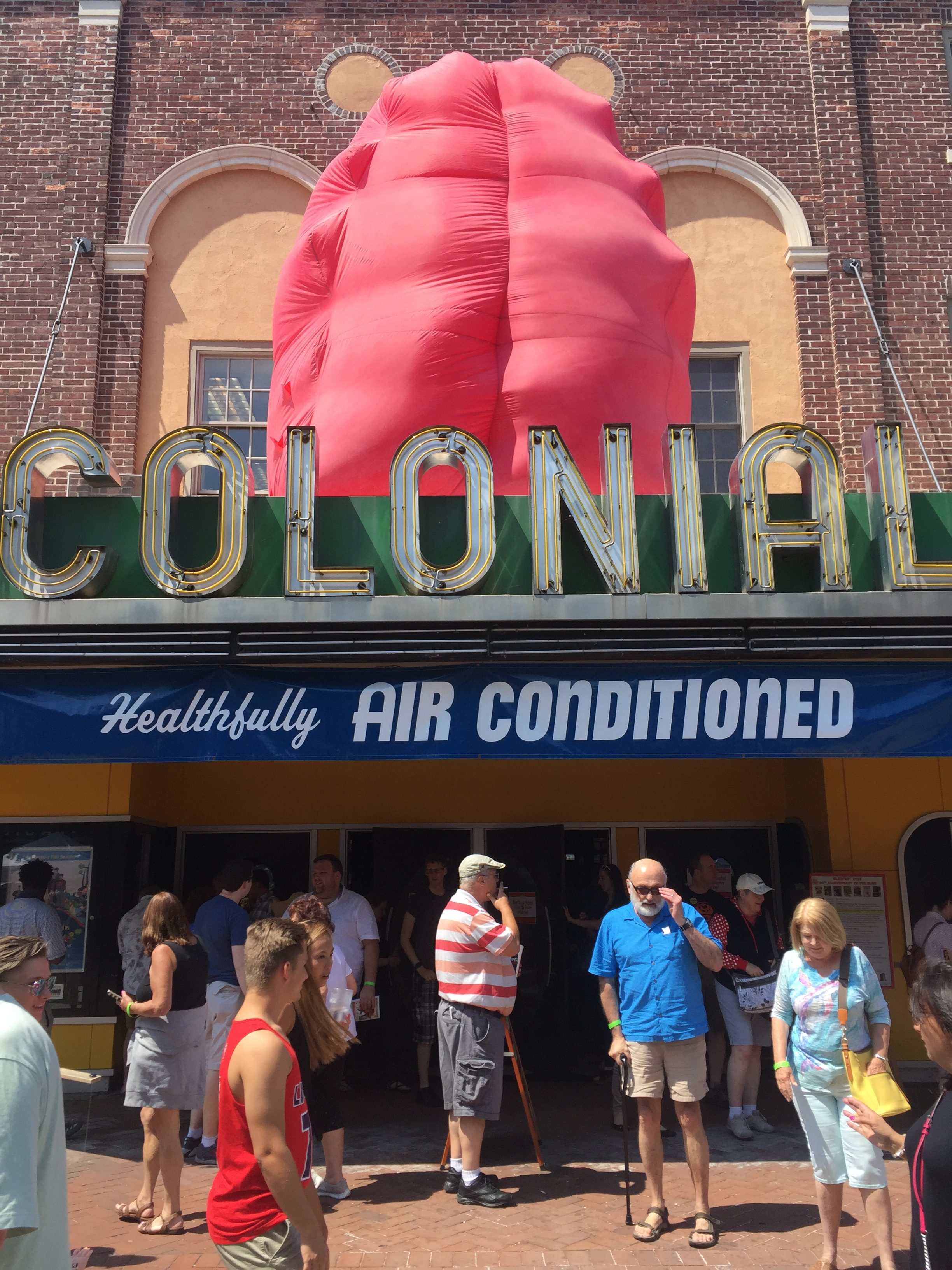 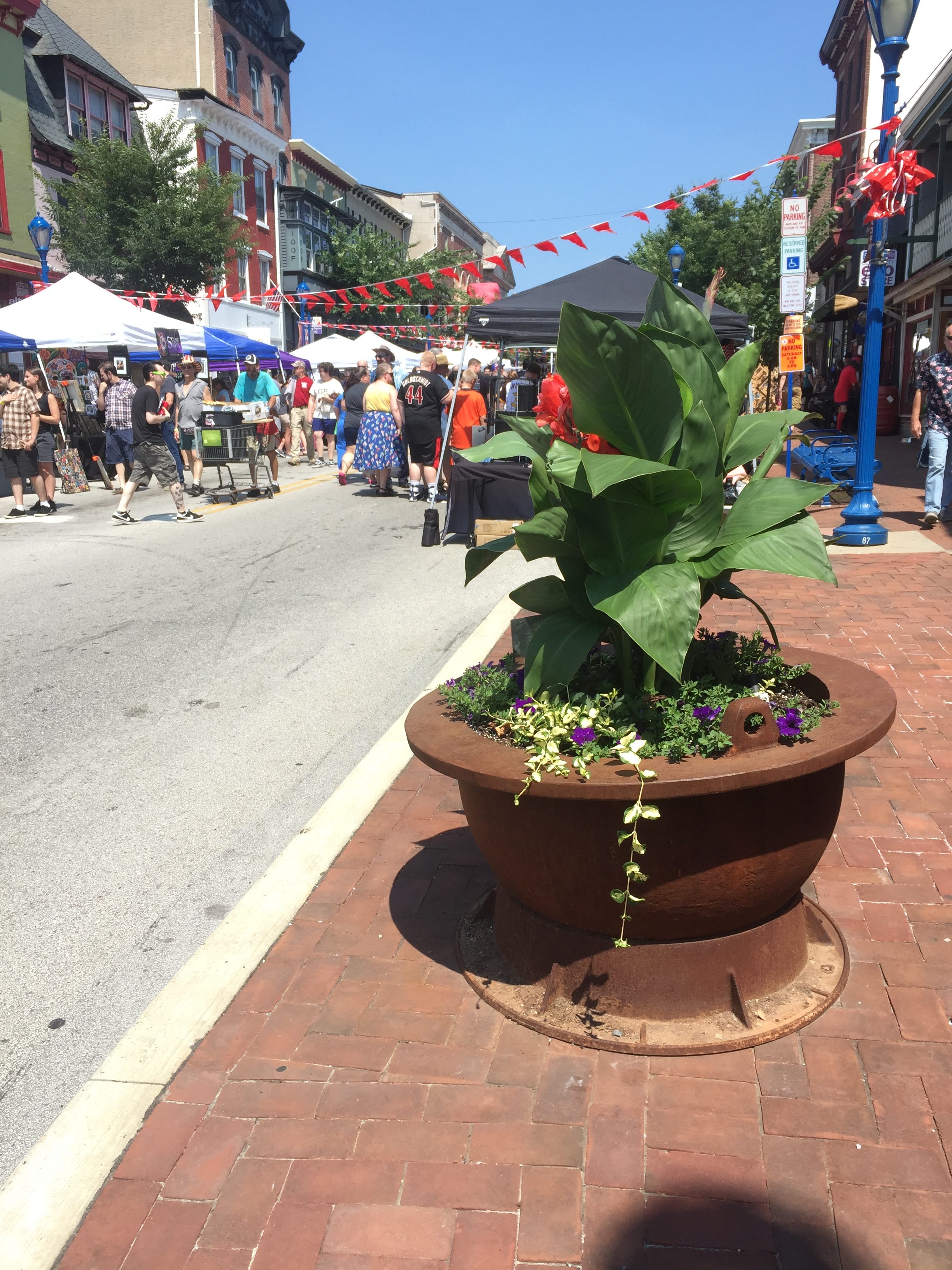 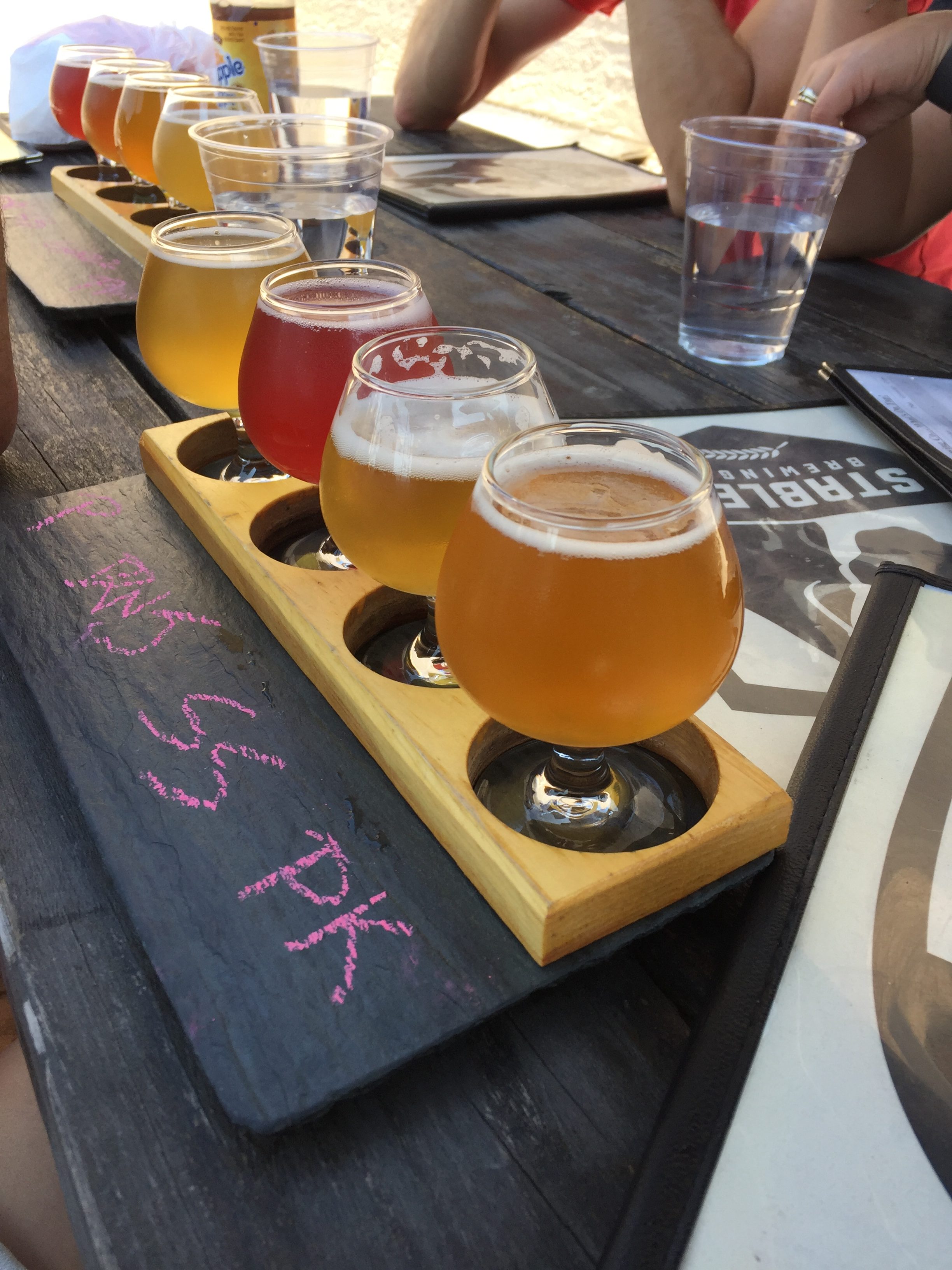 *I’m not certain of vegan-friendliness of the breweries and distilleries, which returned no results in a Barnivore.com search.