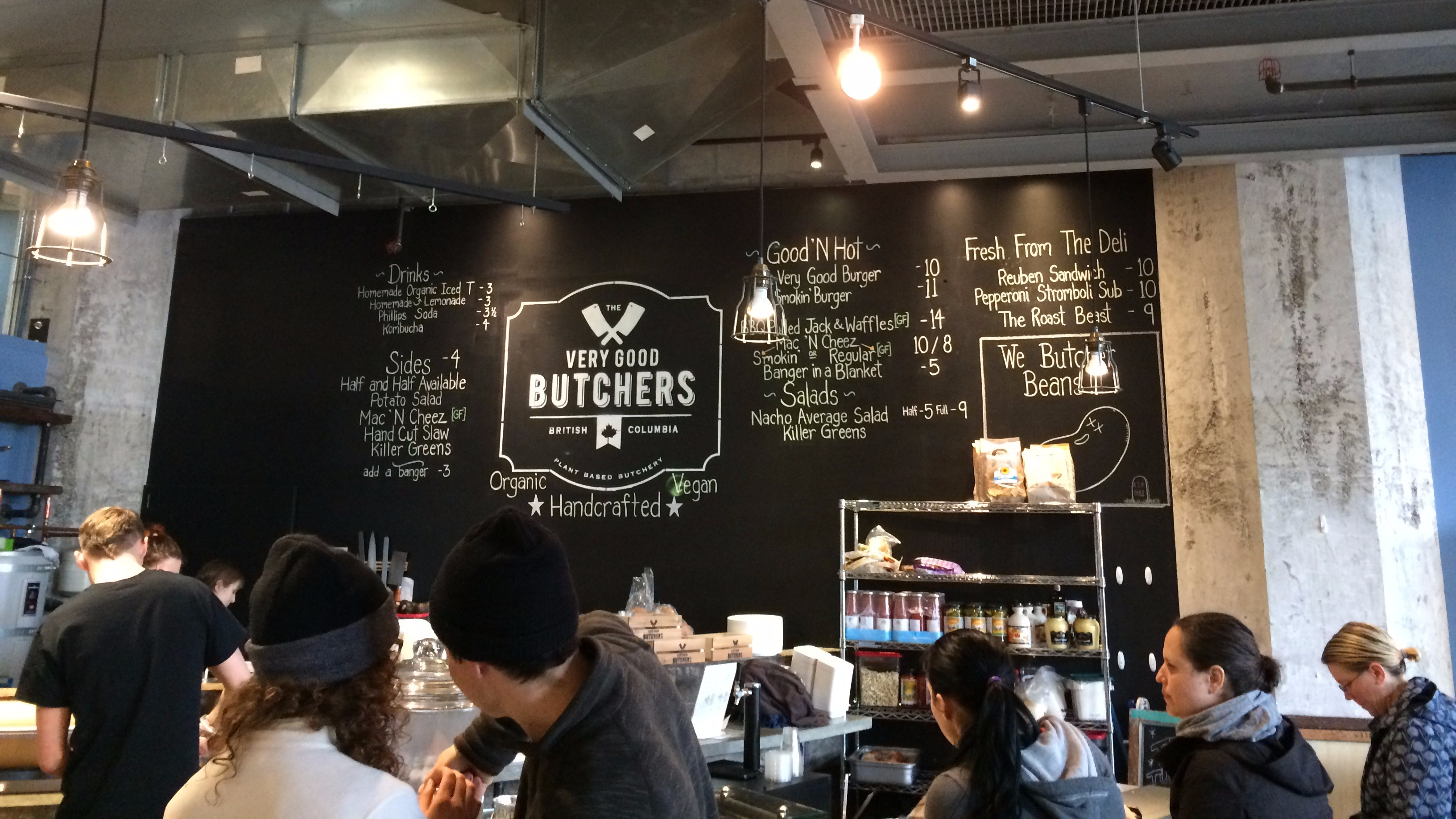 Every since I heard that Victoria, the second largest city in British Columbia, Canada, would be getting Canada’s first West Coast vegan butcher shop I said “Hold on….are they sure they don’t mean Vancouver?!”

Victoria is usually second fiddle to the variety and quantity of vegan options in BC and I’m glad Very Good Butcher owner’s James and Tania weren’t influenced into opening up shop in the big city. Instead, after their success at the Denman Island’s farmer markets, they’ve opened up a deli/store front in the Victoria Public Market!

So maybe I’m getting a little too ahead of myself as some of you may be asking “What is a vegan butcher?” It certainly sounds like an oxymoron, but instead of butchering innocent animals, these lovely folks “butcher beans”! All of their products are completely cruelty free, vegan, organic and handmade….and delicious? Find the answer below 😉

Similar to a typical butcher shop, you can buy meat alternatives by weight such as their roast beast and pepperoni by the slice as well as their gluten free beet balls. There are also packages of their signature very good burgers, taco stuffers and leek apple bangers. We were also informed in the next coming weeks, they’ll have plant based cheese from Blue Heron Creamery for sale in addition to already being used in their prepared dishes.

There were samples to try and although I have never been someone that craves a meat replacement to fill the meat I no longer eat, these products were extremely tasty, innovative and wholesome. I love that they are challenging the non-vegan world that plants can duel it out with the rest of them and kudos that there is so much passion and authenticity in everything that they do!

After basically studying their menu for over 10 minutes, it was time to order and their staff were nothing short of friendly and warm. One employee gave his recommendations and told us how incredibly filling and satisfying everything is on the menu and he sure wasn’t lying!

There are a range of warm plates such as pepperoni subs, mac and cheese, burgers with kombucha on tap to wash it down! Truly, it’s organic and local comfort food at its finest and I decided to try the gluten free BBQ pulled jack & waffles and my friend Judy opted for the Nacho Average Salad (that name is everything!)

This was one of the few times I have ever had jackfruit before, but this version was exquisite and super fresh! The waffle was crunchy, the barbecue sauce was plenty and that coleslaw was perfect. I am so impressed by the ingredients and that the owners have managed to make it sustainable, organic and cool. It made my heart flutter as we were leaving to see first hand all the awesome customers–both locals and non –all supporting a butcher shop that’s breaking all the rules.

I left with a smile on my face, a full tummy and a couple goodies for home– their very good burgers and a gluten free chocolate chip cookie. My lasting impression is that the VGB is a place for all to have an experience that represents comfort food, a wonderful community and a meatless future.