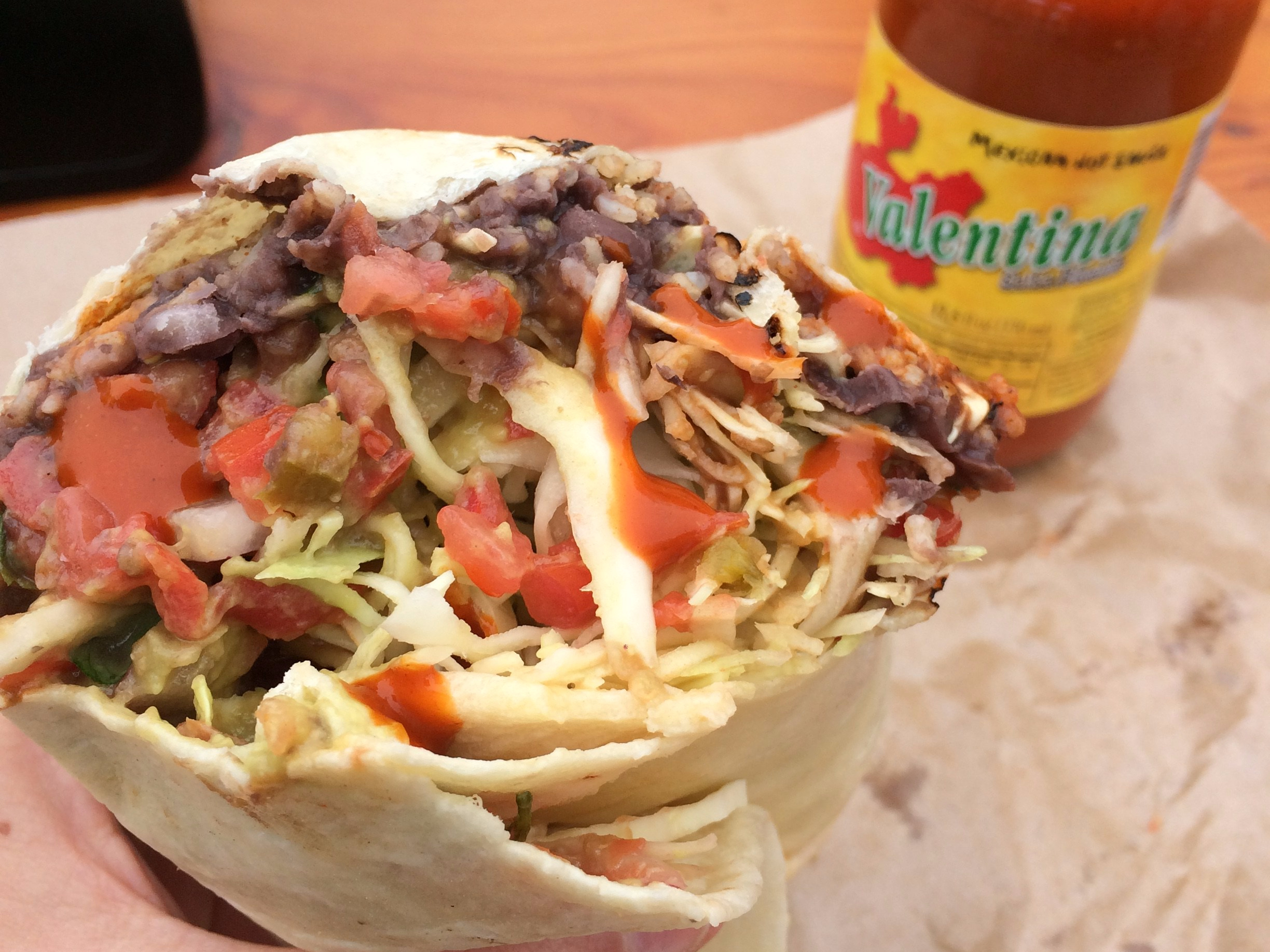 Tofino is a gorgeous little surf town on the west coast of Vancouver Island (a 5 hour drive from Victoria) and a mecca for delicious vegan eats that are easily accessible at pretty much every single restaurant, cafe or food truck in the area. Having all these options proved to my non-vegan travel group that being vegan is an exploding movement and the options are becoming more mainstream every day!

First stop in Tofino was finding a last minute dinner option that was casual and wouldn’t break the bank. Yes, I would have loved to had dined at The Wolf in the Fog, but we were on a little bit of a budget this trip. After reading through all the menu’s outside many restaurants, Sobo became the place for us. Reasonably priced, cozy and offering a wide variety of menu items, it was a place that everyone in my party was enthusiastic about.

There wasn’t any clearly written ‘vegan’ options on the menu, but with the excellent assistance of our server–who had plenty of experience being vegan and vegetarian–I was given recommendations left, right and center. I went with the turnip pappardelle and yes, I still don’t really know what that means, but I quite enjoyed it. 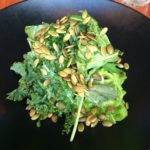 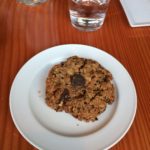 It was slightly warm, but closer to a raw food dish than fully cooked and it allowed me to get the veggies I was missing from traveling all day. It was quite tasty, but a little oily and I finished the night with a nut and dried fruit cookie that was probably more ‘healthy breakfast cookie’ less ‘indulgent dessert’, but delicious nonetheless.

The next morning, we prepared our own breakfast and I would advise anyone to pack ahead who wishes to avoid purchasing groceries from the only grocery store in Tofino at 5x the price. I brought along coconut yogurt, granola and a bit of fruit for the next few days and made sure when booking before that our Airbnb had a kitchen.

The lunch that became one of the highlights of my weekend started off a little rocky; we approached Tacofino with hesitation as we saw the lunch crowd already forming a 20+ person lineup and no place on the tables to sit. Yelp. Well, it was a gorgeous sunny day and a Sunday so what did we expect? We added ourselves to the line anyways and just took in the whole experience and I’d do it again, which ahem, we did the following day for lunch.

There is only one clearly labeled vegan option–their vegan burrito–but I’m sure their black bean tacos couldn’t easily be veganized. The burrito is a superstar on its own as it’s filled until its about to burst with beans, rice, salsa, guacamole and veggies such as green cabbage. It’s pretty chunky and tastes out of this world because it is lightly grilled. The jasmine and hibiscus kombucha I paired it with was super refreshing. 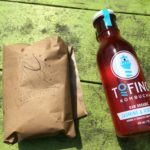 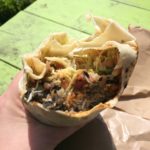 Not one to end a meal without something sweet, we headed over to Chocolate Tofino for a little ‘something something’. I picked up some dark chocolate that had vegan stickers on the back and noticed they also offered gelato. The only vegan option appeared to be mango sorbet. Well, I learned a very important lesson that day…the squeaky vegan gets the chocolate gelato. I asked if the mango sorbet was the only option without milk, and to my surprise, I was told there was a chocolate coconut flavour that was completely vegan and hidden from view. One giant scoop, please. I have had this happen before where I was presented with totally unexpected vegan options that aren’t always public just because I got over my annoying nerves and spoke up. This certainly doesn’t happen every time, but when it does, it gives me the motivation to just go up to any place and ask ‘Hi, do you have anything vegan?’ 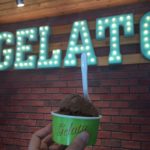 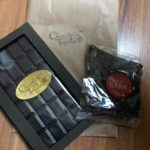 On that note, in the evening at a fish and chips place that had vegetarian rice and bean tacos and a veggie ciabatta sandwich on their menu, I opted for fries. Well, I don’t always listen to myself. I also just wanted a mono meal of oily deep fried potatoes. Mmmm.

Breakfast came in two forms the next day: a muffin and a donut. The muffin was a nice surprise at Common Loaf Bakery and it was a clearly labeled vegan pumpkin chocolate muffin. Delicious, if not a little odd since it’s not fall, but I will never deny a muffin as yummy as that!

The donut came to my attention from Lauren Toyota’s Tofino vlog from last year where she had the Jelly Josie donut: a donut dedicated to Tofino’s vegan mayor Josie Osborne. How freaking cool is that?! And OMG I wish I ordered more donuts for the road, it was so indulgent. 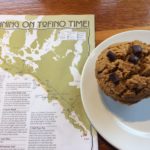 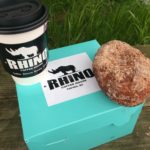 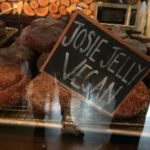 We ended the trip on a high note as we had lunch at Tacofino again. It was much less busy on a cloudy Monday and the vegan burrito was just as delicious as the day before and perhaps even a little more stuffed with veggies. I couldn’t recommend this place enough.

I love Tofino for its quiet town charm, its crashing waves and beautiful beaches, the fact that their mayor is vegan and how I can eat pretty much anywhere without having to worry.